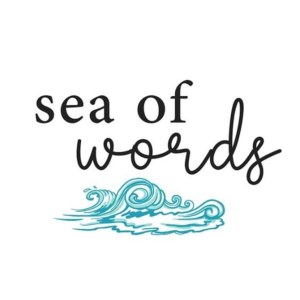 Life is a beautiful chaos 💗✨

I wanna share my story about how I have been bullied during high school in The Netherlands. For anyone who suffers from bullying and anxiety, this story could maybe trigger them. So I already say this before I continue. I’ve always wanted to write it but found it hard to find the right words for everything I’ve experienced. It still cause me anxiety but writing about it is way of lettings all the hard stuff go. Writing is a form of healing and it definitely helps me a lot. I will give a brief summary in this blog post to analyse the most important things that happened to me, what it made me feel and why it all cause me having anxiety.

I’ve been bullied mostly during high school. Those years were the worst years of my life. I spent 5 years in high school, since 12 years until I turned 18. The first three years were the worst. I still remember that time were I bought an awesome bag in Spain with my father. I was so happy when I bought this bag with my daddy. This bag had a picture on it from a girl. I didn’t know that the hell was about to explode when I began high school. I’ve been bullied because of this bag because they began to call me barbie girl. It wasn’t a barbie. They said I was childish and I remember times that I was putting some books in my locker and began to sing me the song of “I’m a barbie girl” and laugh about me. I felt so horrible. How can somebody be so mean and bully you?!

Another story, I was friends with a girl and a group of bullies were bullying me and that girl. It was a horrible time. I’ve never done anything wrong to them. They just picked me out and that girl. They were calling us names. They called me big nose. If I think about it now, I laugh about it because I ain’t have a big nose and who the fuck are you to laugh about me?! They were calling me ugly. They were also pushing me in the corridors of my high school. The worst part of it was that they were not only bullying me in real life also online. Cyber bullying is as worse as real life bullying. During that time a Dutch website existed which doesn’t exists anymore. I was reading all those comments of how they were going to bully me and my friend and all those ugly names of us as calling us ugly. I also had a good friend where I’m still friends with, who helped me a lot during this time. I remember a time where the chat Messenger existed and a group of people were bullying me and threatening to kill me and my family. 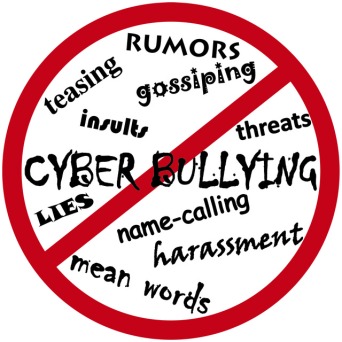 I think that part was the most anxious part ever. I didn’t felt safe at highschool anymore. I felt so anxious that one day they would fight with me. One day, they said they would give me a clap in my face and to my friend. I remember that day I was in class and my friend wasn’t there. It was the time she got a clap in her face… I felt horrible. They said to her that they didn’t had done it with me because I was too sweet. So strange….?! We talked with our teachers so many times, also after that fight but nothing helped. I know that some of the bullies got kicked out of school but many continued. I deleted all those bullies from that Dutch website and one day a whole group went to my locked and said why I’ve done that. I said that I don’t have contact with any of you and neither do I want. I felt so anxious and intimidated. This is also a reason why nowadays I’m afraid of groups. I feel that fear so intensly.

I also remember my gymnastics classes which were a hell. I remember so many times where I didn’t do things right in baseball or other sports and the bullies were laughing about me. I suck in those sports and can’t help that. I really forced myself to like gym but I didn’t like it at all. I also remember the times we had to dress ourselves in the changing room and everyone was watching you. I felt so insecure. I remember one day during gymnastics that a boy laughed about me and said that I didn’t had boobies and he said that I’m not a girl. It was such a stupid comment.

Another story which happened in the third year of high school, by that age I was 16 was about a boy. I liked a boy in my class. I thought he liked me too because he was always looking at me and really nice to me. Well, that was all part of the joke. I thought about writing him a love letter. During that time I was friends with another girl and went to his house to give him this letter. I was so anxious and closed the door. I should never have done it because the next day everyone in my highschool could read this personal letter explaining my feelings and thoughts about this boy. I still remember that I was about to go home and suddenly a popular girl who was always bullying me said to me if I’ve read my love letter which was hanging in school. She said to me were the letter was. I went into school, my heart racing and so anxious…. I saw my letter in the corridors and got it. I’ve found this letter a few years later in my room. I must have taken it to home. It is now destroyed. Farewell. I’ve learned to not do this again anymore, only if I know things are really serious when it comes to relationships. One girl who also bullied me a lot during my life said to me that I asked for being bullied. I’ve never fucking asked for it. I’m just being bullied for being myself and being too sweet and sensitive for this cold, hard and dark world. 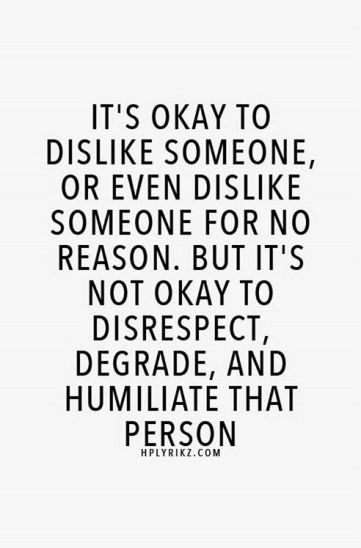 Being bullied stopped in the fourth and the last class. It wasn’t that hard anymore. My best friend also got bullied with me but we could both support each other and help each other. I’ve known her since I was with her in the same class in the third, fourth and last year. We are still best friends for like 9 years and I’m so damn grateful for that ❤ They would sometimes call us stupid nick names and we would say something back and then it stopped. We were also ignoring those bullies which also helps. It also stopped when I had a boyfriend from 17 till 19 years. We had a long distance relationship. He was from Switzerland and I was living in Spain by that time. That’s a story for another blog post. I posted pictures of us together on social media and they also saw me when he picked me up from high school. All those people who bullied me were saying to me that he was really handsome and wanted to know everything about him. I didn’t told them anything, only where he came from. It’s so stupid that that was also the point that they stopped bullying me. I felt proud and happy of having a boyfriend. The bad part was that when he broke up with me, I felt even worse than before. I didn’t love myself until my boyfriend loved me and felt so complete with him. I will explain all those details in another blog post.

So having told all those stories, being bullied caused me having anxiety. I’m still afraid of groups. Sometimes, I still feel that I can’t be myself in this world. I’m a highly sensitive person which means that I feel, love and suffer more. I still feel sometimes that I’m way too sensitive for this cold and dark world. I’m also always anxious about giving presentations and introducing myself. I feel that fear of judgment and that people will laugh and say rude comments about me. Sometimes, when I hear people laughing, I think it’s because of me when it ain’t no true. Those are all imaginations which aren’t true but caused with being bullied. Being bullied is a real trauma and I’m still recovering from it.

I’ve learned that the best way I can be in this world is to be myself and being proud of who I’m. I’ve learned to gain more confidence in myself and that self love is the most important relationship you can have in your life. I’ve learned that people who bully you, are insecure themselves and don’t know any other way than only causing harm to others. They are just jealous about you. My tips for people who are being bullied, would be to ignore those people and sometimes it’s good to speak up. I would also suggest you to talk about it with your teachers at highschool or wherever. Also, if you feel you need more professional help such as therapy to recovering from being bullied, that would be a good option too. It’s just so important to talk about your issues with a loved one, a professional one or a friend. This definitely helped me to overcome bullying. I had some therapy sessions 2 years ago and explained about what happened to me when I was bullied and this definitely helped me to came to the conclusion that it wasn’t my fault and that I’m perfect the way I’m. Those bullies are just jealous and feel insecure themselves. 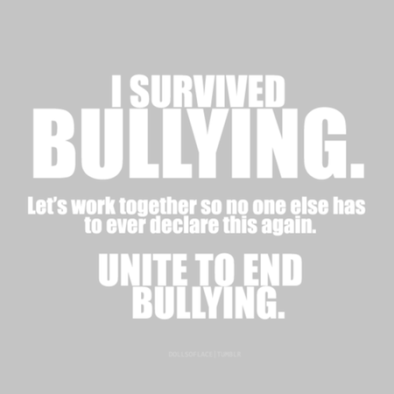 Sometimes I still cry and feel bad about what happened but I’m grateful that I’m still here and stronger and wiser than ever before. There were times I thought it would be better if I wasn’t alive anymore. I have never been suicidal but really anxious and feeling so low because all of what happened to me. I can remember times I wrote this in my diary and even wrote that the whole class was against me. I can say that I’m proud that I survived all of this and that eventually it made me stronger even though it was a hell of time. I wouldn’t want to experience it again. Never more.

We should all stand together and raise awareness about bullying. Bullying cause anxiety, depression, low self esteem and even suicide. This needs to stop and I hope to raise much awareness with this post. I’m here for you all. We are all in this together and we can stop it. 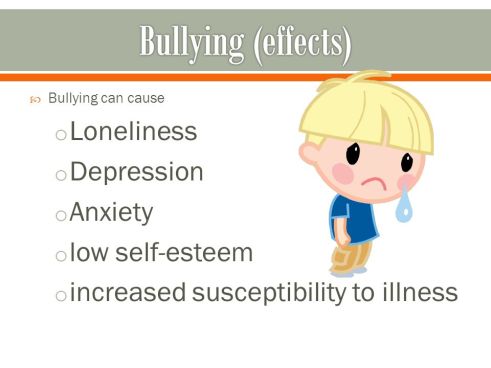 Remember, you are beautiful, you are loved, you are enough and you are never alone. If you ever need to talk about something which bothers you, if it’s being bullied or something else, you know where to find me. I will always be there for you ❤ Thank you all for not judging me and for letting me write this story. I can stay my authentic self when I blog and that’s what I love the most. See you in my next blog post! 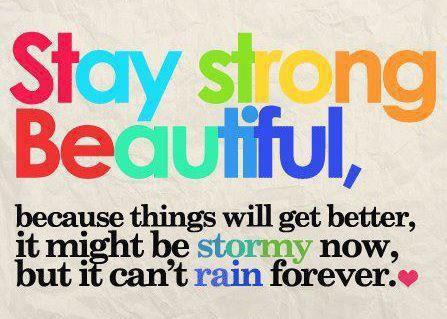 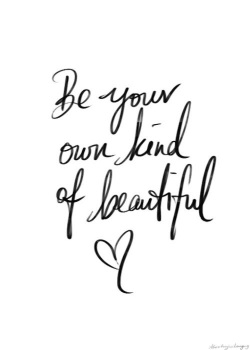 Love you all so much ❤